Our server is back up!
Please find our servers on the server list as we are forced to change the IP after the incident.
Thank you for waiting!

As usual, we’ve just reset our stats database so that players have a fair chance to climb to the top. The next reset is scheduled to be conducted on January 14, 2013.

This also marks the first time we’ve awarded players Mann. Co. Supply Create Keys. We’d like to congratulate the following players for having the highest HLStatsX points or the highest playtimes! Note that the Steam player names below are taken from their last appearance on Trilogy.hk servers.

If you don’t make it to the above lists, don’t be disappointed! As mentioned, we’ve just reset the database and you can again compete your way to the top, as we’ll pick the 3 best-performing players and 3 most loyal players on the next reset! We’d like to thank EVERY player who has played on our servers for their unremitting support for us. We wouldn’t be here if it weren’t for you. So, thank you again!

Few people in Hong Kong servers play Medic. The reason is obvious: You are weak in general combat. You always die as you are the most prioritize target. Your teammates won’t support you. However, the Medic class is one the the most important class in the game. The reason is also very obvious: You can keep your buddies healthy and happy during combat. You can unleash deadly Übercharges, Kritz, Megaheals, so that your team can advance or stop an assault. Many times when you join a server, the team with more Medics is likely to be the winning team. As the Medic class is of vital importance, the existence of this unofficial guide becomes significant, and I hope after reading this guide, you can be the tide-changer in any of the matches. 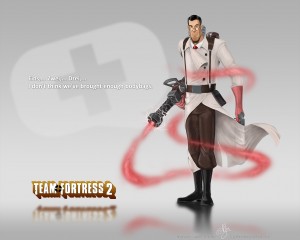 END_OF_DOCUMENT_TOKEN_TO_BE_REPLACED

THIS UNOFFICIAL GUIDE IS PROVIDED BY NECRO [SWF2]. ON BEHALF OF TRILOGY.HK, I THANK HIM FOR HIS CONTRIBUTION.

Alright, due to certain influences of a certain admin, I have decided to write an advanced pub Pyro guide. I’m going to skip over all the bullcrap about health and movement, since it /is/ an advanced guide after all.

Before we get to the juicy bits, I’m going to take a moment to say this is a subjective guide. Pyro is nothing about objectivity, it’s all about personal feelings and a connection to the game above all else. Because of this, it’s very different compared to other classes. 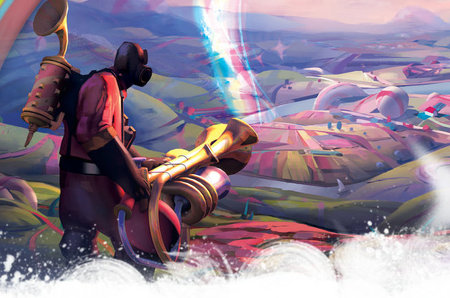 END_OF_DOCUMENT_TOKEN_TO_BE_REPLACED

For some reason over the weekend we got two new items. Not the players, not the admins, but the servers. Yes you heard me right. The servers. You must be wondering why servers get items too when they are of no use. Well, we were originally as perplexed as you probably are. Upon investigation we noticed they’re something different…

END_OF_DOCUMENT_TOKEN_TO_BE_REPLACED

Filed under: Admin’s Ramblings, Servers by The Hypochondriac
2 Comments »

UPDATE: The latest update to Team Fortress 2 broke the Wario Ware mod and the game could not start. We are actively working on a fix – and in the meantime the server is locked to facilitate the progress. We apologize for the inconvenience caused, and we encourage you to check out our other servers while we fix the issue.

So let’s elude the heat with…

Just in time for the season! From July 26 through the end of August, we will be hosting an all-new server that runs BOTH Prop Hunt and TF2 Wario Ware alternately.

We all love summer but hate the heat! So let’s enjoy this wonderful season by escaping from it! Get to be props and escape from pyro’s flames! Complete mini challenges! Only from Trilogy.hk. Servers will run 24/7 until 31 August, so you have plenty of time to enjoy!

Often do we receive questions from our fellow gamers: “Hey, why isn’t there a high ping kicker?” “Auto-team should be installed to prevent team stacking.” “Why aren’t there class limits? We have five Spies on our team!”

The answers to these questions are simple: We have always adhered to our principle that the simpler the better. We are avid believers that the less plugins the servers have, the better the experience is. This is not a conclusion based on our imaginative thinking, it’s solely based on our experiences as we are also players and found such plugins only adversely affect the gameplay.

High ping players are usually unscrupulous foreign players that have accidentally joined a foreign server (in their eyes). While it may seem to be an enticing idea that by installing a high ping kicker that kicks these players, the server burden is alleviated, how many high ping players do continue to endure the unacceptable lags due to the distant geographical location? These players, as our records show, usually complain and leave soon. A high ping kicker does nothing except for expediting the disconnection of the high ping player in question. But the downsides of doing so outweigh the advantages, as the plugin constantly scans the players for their latencies, which does the exact opposite of what it is supposed to do – alleviate server burden. Kicking the players also creates a bad impression on them.

END_OF_DOCUMENT_TOKEN_TO_BE_REPLACED

Filed under: Admin’s Ramblings, Servers by The Hypochondriac
2 Comments »

Since Team Fortress 2 went Free-to-Play, most new players are fascinated by the Spy class and fill up teams with 5-6 spies (And some servers now limit this class to 2 per team). However, most rookies have some common problems: 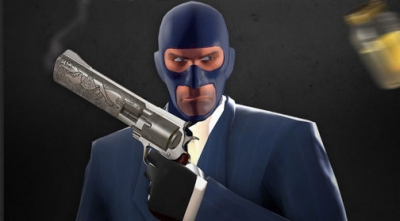 Of course there are a lot of other problems, the above problems are only a few. In light of the above, I am going to talk about the ins and outs to become a spy that your teammates love and your enemies fear.